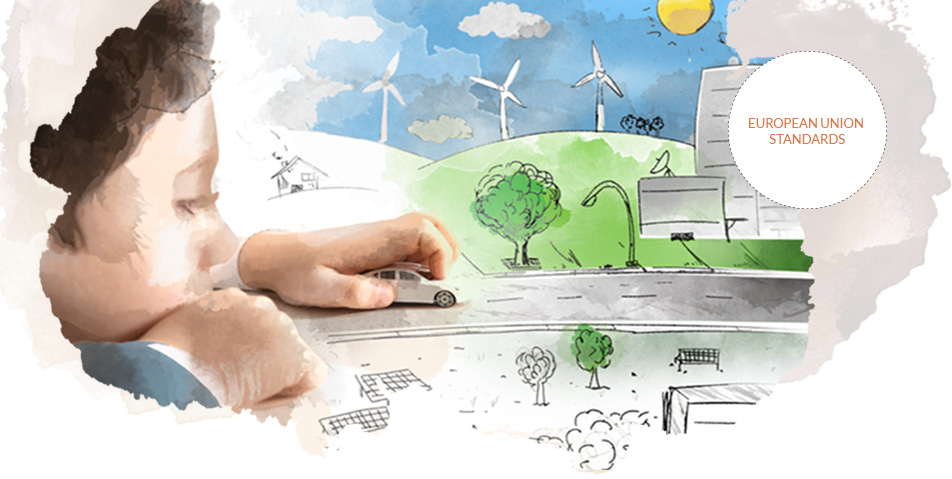 The principles of organic farming concern a wide range of aspects connected with agricultural practices, starting with the treatment of the soil, water, plants and animals, production, processing and distribution of food products, as well as other goods. They concern the preservation of the natural landscape and life – the values comprising the legacy of future generations. There is no doubt that ecologically produced food products differ in composition from the so-called conventional food, which dominates the current market landscape.

Organic food products entering the market need to comply fully with the provisions authorising the commercialisation of food products, and as an additional requirement, it should also be packed in unit packaging. Information about the organic origin of an agricultural and food product may be placed on a label only if a given product was produced in accordance with the relevant regulations pertaining to organic farming and the producer is overseen by the authorised certification body. When making the decision to purchase organic products, consumers need to be guaranteed that they are getting what they pay for. Thus, the organic logo and labelling system serve as a mark of assurance for the consumer, who can be certain that the products labelled as organic are in fact produced according to the requirements of the EU Regulation on organic farming, and in the case of imported products, according to equivalent or identical regulations.

The Community logo used to mark organic products combines two well-known symbols: the European flag, which has been the official emblem of the European Union since 1986, and a leaf, which symbolises nature and the idea of sustainable growth.

The European organic food logo enables producers to assure customers about the origin and the quality of food and beverages purchased by them.

The “Euro-Leaf” – a special EU logo – must appear on all packaged organic food products produced in one of the EU Member States. The Community logo may be used on the packaging of organic products where at least 95% of the ingredients are organic.

The Community logo must be used:

The organic agriculture logo can also be used voluntarily:

The key objectives of organic farming include the production of high quality food. In addition to that, the main aims are:

Organic food is characterized by the following:

The key legal standards in the organic farming of the European Union include:

Organic certification confirms that the products and processed products manufactured from the organic farming produce comply with the principles of the processing of organic foodstuffs, and meet the above-mentioned requirements of Regulation 834/2007.

Certification is not another tool of promotion, a guarantee of the best possible product control. The certificate also attests to the passion and care for each and every detail of the production process.

Before the product obtains the mark of organic produce, the agricultural holding where it is produced undergoes inspection carried out by the certifying authority.

The inspected areas are:

The organic holdings are subject to inspection by the certifying authority regulating the organic farming at least once a year. The checks may be announced beforehand or unannounced. The processing of organic produce is regulated by a strict technological regime.

In addition, the labeling must quote the number of the authorization granted by the certifying authority along with the EU logo of organic farming (the so-called “Euro-leaf”).

How to read the Euro – leaf?

In order to ensure food safety, a system for the management of health safety of food must be implemented; such systems are for example Good Hygienic Practice – GHP, Good Manufacturing Practice – GMP and HACCP system.

It is a legal requirement specified in:

A set of actions which need to be performed, along with the sanitary conditions which must be observed and controlled at all stages of production or trade which are all aimed at ensuring food safety.

Activities which need to be taken and the conditions which must be met in order for the production of food and materials and articles for food contact to be carried out in a manner ensuring safety of food, in with its intended purpose.

HACCP – it is the analysis of threats, which helps to identify and solve the problems related with the health safety of the product at each stage of its manufacture and to address and neutralize these problems which pose a threat to the health of the consumer.

The HACCP system is based on 7 principles, which are described in the Codex Alimentarius:

The ISO standards are aimed at the unification, or standardization, of different areas of life.

In food industry, the ISO standards have been established to standardize the requirements for food safety. These standards also apply to production and distribution of food at the international level.